The reliability and safety is our priority

We offer the best services

at the best prices 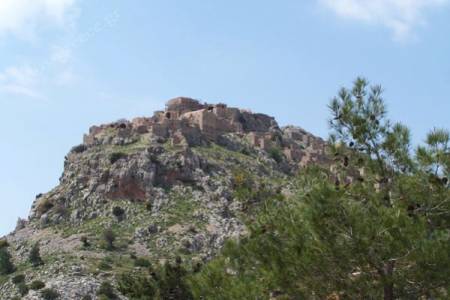 The village of Anavatos is a part of the island full of history, art and legends, and is considered to be a village - a monument of medieval architecture. His story sets the visitor and the Chians themselves. Anavatos village, 22 km from the city and 6 km from Avgonima, and access to the village can be done by car or motorbike. The village is built on a 450-meter conical rock above the sea which makes the view unbelievable and, at the same time, the unique appearance of the village. The then inhabitants of the village built a wall round the village making it look like a real fort or fortress. The houses were glued side by side with stones. Their ceilings were wooden and with low doors and small windows. At the time of the massacre in 1822 the village was abandoned by the Chians and even the women and children in order to escape the captivity fell from the cliff. The upper part of the village has been designated an archaeological site and the Archaeological Service has undertaken its restoration and maintenance. The village today has only one resident and the houses as well as the three-storey building that housed the olive press and the church of Taxiarchis are well preserved. The view is enchanting and unique we would say in the Aegean Sea. We are waiting for you at Agapios Chios Best Rent to give you advice on the route and the most suitable vehicle for your needs between: Car, Motorcycle, Scooter and ATV.

"Best Rent" company is a car, motorcycles, ATV and bicycle rental company working and offering services with respect to the needs of the customers since 1992. The reliability and safety is our priority and we proved this with our long experience in vehicle rental services.

All our vehicles are well maintained and new by constantly renewing our fleet. We offer a wide range of cars, automatic scooters, motorcycles, bicycles, atv bikes from 50 to 650cc. Our cars and motorcycles are insured and there is the possibility of free delivery them, in a location of your choice (port, airport, hotel, etc.).

We are located at Karfas, Agia Ermioni Chios as well near the port of Chios at Neorion 23 & Minioti Stamatis 1 street.